Here’s Why HYLN Stock Has Lost Its Charge

One of the hottest themes for investing on Wall Street involves electric vehicles. This emerged last year and gave birth to the SPAC attack. Dozens of new EV companies came public chasing after electric dreams. Tesla (NASDAQ:TSLA) laid the ground work and the rest are benefiting from it. Hyliion (NYSE:HYLN) is one of those newcomers trying to plug into the future of automotive. HYLN stock skyrocketed when they announced the merger last June. 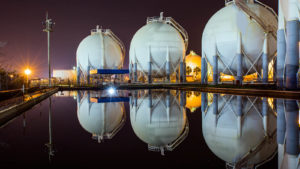 Unfortunately the ginormous spike to $59 didn’t last long. Today we revisit the viability of the bullish thesis going forward. Spoiler alert: It is viable but with an asterisk.

Up until recently EVs were targets for jokes. The cars looked weird so nobody wanted them. Tesla changed all of that with its success on Main Street. After much trepidation, Tesla stock finally established dominance on Wall Street as well. It is now easier for all EV companies to attract investors.

Hyliion is not alone but they do it a little differently. They specialize in class 8 trucks for starters. Also they have a hybrid twist to the story that they claim makes them “net-carbon-negative” emissions. The Hypertruck ERX concept is their future stud.

Meanwhile, they offer hybrid retrofits to current trucks. For about $15k they electrify one of the axles to partially power gas trucks. These distinctive elements could give them the edge to long-term winners.

There Are Problems With HYLN Stock

What happened with Nikola (NASDAQ:NKLA) and the scandals that followed added to the skepticism in the industry. Whether from that or other reasons, HYLN stock has seen better days and it’s fighting for its life. I say this because technically, once it fell below $18 per share, it triggered a bearish scenario. Super fans of the company hate this notion even though it is unfolding already.

Recently they showed a little life when price spiked above $19 per share but that only lasted hours. Now it is again struggling to hold $16 and if it doesn’t, the bleed lower will continue. Losing $15.25 per share will accelerate the selling toward the value of the warrants below $12.

What HYLN stock has going for it is that its fans are very passionate. I know this firsthand because of how they react to my videos on it. In the comments they let me know how wrong I am if I suggest any downside potential. Having passion is good but not if it causes investors to ignore what’s going on.

Investors should classify any bullish bets on it as speculative. It’s not an insult, and it means that I don’t take giant risks because of low conviction. Current fundamentals doesn’t justify big upside, so the stock success hangs on future operation breakthroughs. No one can guarantee the future so by definition it’s a speculative guesstimate. Another point that’s really important is to not “average down” if price continues lower. I either stop out and call it a lost opportunity, or leave it alone with the initial risk, not more.

Bullish Thesis Is Alive But Not Well

These important points don’t mean that I don’t like the company. I am a fan of technology so I’m very interested in what they have to offer. The trucks are slick looking and I definitely want them to succeed. If I can get one point across today I would hope it’s enlightenment.

It’s important for those chasing the success of HYLN stock to be realistic with the possibility of failure. I don’t mean the company going bankrupt. By failure I mean for the stock to go lower. Valuation won’t help it because of the lack of significant current fundamentals. They’re almost non-existent so if anything they are a detriment to the story. That’s the nature of all startups so it’s not knock against the bullish thesis. It’s part of it.

Yes, I think that having a bullish long-term thesis on Hyliion is just fine. As long as the investor labels it speculative and exercises appropriate sizing and risk management.

In November I wrote a positive article about it. In it I described the breakout potential from resistance it had back then. But more importantly I warned that losing support would cause a deluge. My trade suggestion back then was to sell puts instead of chase upside. That turned out to be profitable in spite of the correction that followed.

What Investors Could Do Now

At this point, I would not repeat selling puts because I don’t want to fight the trend. The machines are selling HYLN systematically and I don’t see the point of fighting them. If I were to make an upside bet for a surprise rally, I would buy leap call options. This way the risk is a finite sum and not more.

I’ve been very consistent with my message on this stock. I saw upside potential and downside risk months ago. Then in December I warned again about certain lines that needed to hold. So far the price action supports my writings so I am comfortable with what I am sharing today.

Most EV startups will fail because that’s the case with almost all new sectors. They won’t all be Tesla because there is only one Elon Musk. Tesla had 100 miracles unfold exactly how they needed in order for it to succeed this wildly.

On the date of publication, Nicolas Chahine did not have (either directly or indirectly) any positions in the securities mentioned in this article.

Nicolas Chahine is the managing director of SellSpreads.com.