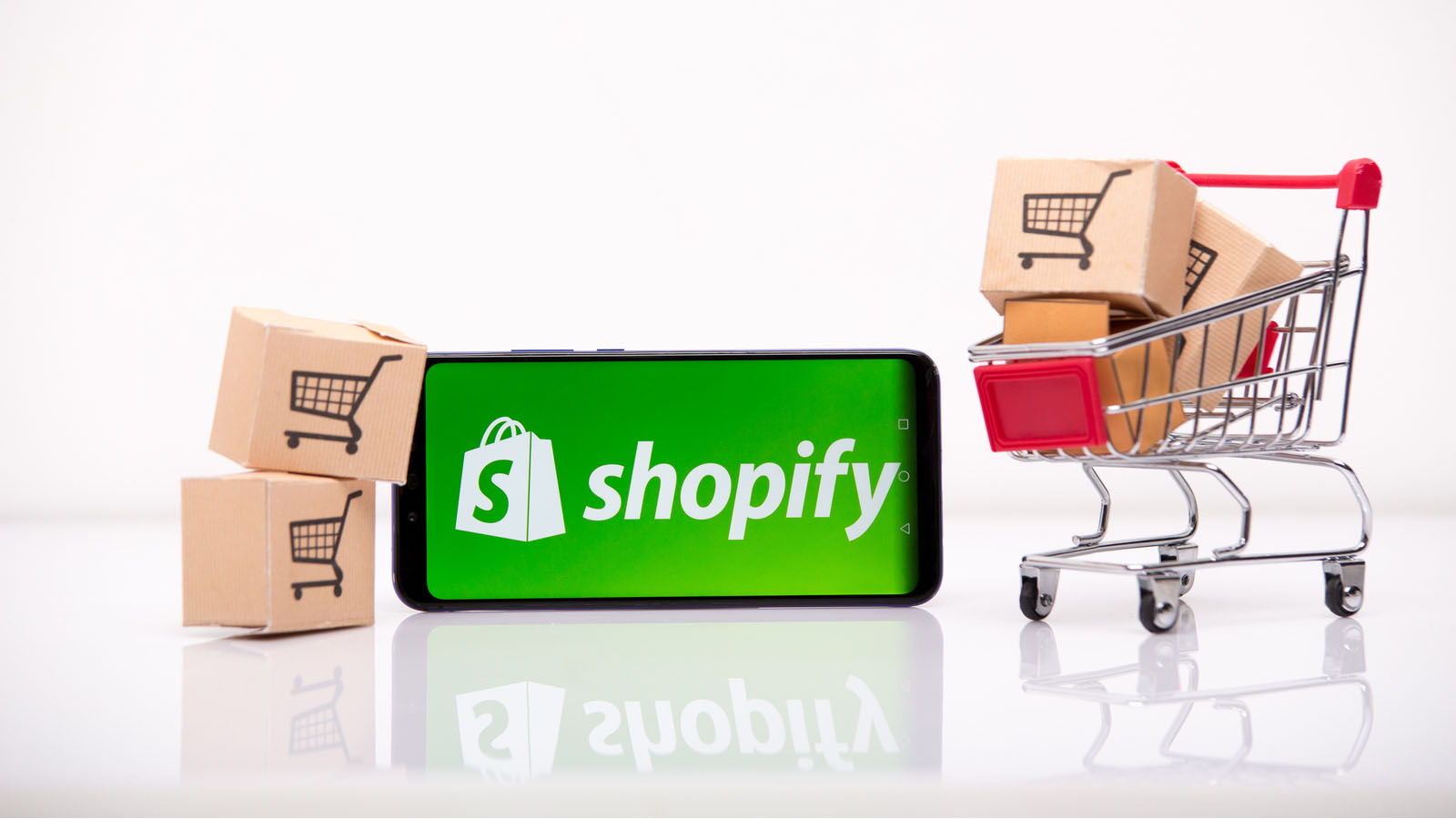 The rising e-commerce platform created by Shopify, Inc. (NYSE:SHOP) has been firing on all cylinders lately, and for good reason.

Online buying and selling has accelerated through the pandemic as folks are forced to handle more of their shopping and small business needs online.

“People are embracing social platforms not only for connection, but for commerce,” Shopify’s General Manager Carl Rivera said in a statement. “Making Shop Pay available outside of Shopify for the first time means even more shoppers can use the fastest and best checkout on the Internet. And there’s more to come: we’ll continue to work with Facebook to bring a number of Shopify services and products to these platforms to make social selling so much better.”

The stock popped over 6.5% since the company announced its newest feature last Tuesday, and hit a fresh 52-week high of $1,499.75 the following day.

However, SHOP has been on a nice run well before last week’s news. Shares have climbed over 39% since it made its third-quarter earnings announcement on October 29, 2020. Compare that to the 20% gain for the S&P 500 and the 19% gain for the Dow over the same timeframe.

With the acceleration in online shopping during the global pandemic, Shopify achieved “tremendous third-quarter results.” Third-quarter revenue soared 96% year-over-year to $767.4 million, with subscription solutions revenue accounting for $254.3 million. The analyst community was expecting total revenue of $663.4 million, so Shopify topped revenue forecasts by 15.7%.

Shopify now has the second largest retail e-commerce sales platform by market share in the U.S. behind Amazon (NASDAQ:AMZN), with 5.9% compared Amazon’s nearly 37%.

Interestingly, Shopify had humble beginnings, as operations kicked off with only five employees who worked from a local coffee shop. Based in Canada, Shopify started as an online store for snowboard equipment. However, the established e-commerce platforms 10 years ago didn’t meet the company’s needs, so it developed its own solution.

Fast forward 10 years and Shopify now employs more than 5,000 people who help small businesses reach more consumers. The company offers its “hassle-free” platform to other retail businesses, giving them a space to build their brand and sell their products. More than one million businesses in 175 countries around the globe utilize Shopify’s e-commerce platform.

What types of businesses use Shopify’s platform? Name a type of a business and it’s likely utilizing Shopify’s solutions. Businesses range from web designers to app developers, from bicycle shops to clothing retailers. So, it’s no surprise that business is booming right now.

Investors are now eagerly waiting to see how Shopify has performed in its fourth quarter, as the company gets set to report earnings before the market open tomorrow.

Thanks to my Project Mastermind system, my Accelerated Profits subscribers have been able to enjoy Shopify’s double-digit ride higher since it flagged this stock back in August 2020. The reality is my system finds fundamentally superior stocks that boast increasing sales and earnings growth and positive guidance, and my  Accelerated Profits subscribers reap the rewards.

Capitalizing on a Scorching Earnings Season

This earnings announcement season has been a case in point.

Approximately three-quarters of S&P 500 companies have announced results from the latest quarter so far. Of these companies, a stunning 80% have topped analysts’ earnings expectations. The average earnings surprise is 15.1%, which is well above the 6.3% five-year average.

Meanwhile, my Accelerated Profits stocks are unveiling even stronger results. As of this writing, 20 of the Buy List companies that have posted results beat analysts’ estimates — and our average earnings surprise is an impressive 38%. So, it’s also not surprising that my Accelerated Profits Buy List stocks continue to exhibit tremendous relative strength.

But these are far from the only fundamentally superior stocks my Project Mastermind system has found.

All told, I have unveiled six new recommendations in the last four weeks. These stocks have trekked nicely higher since I added them to my Accelerated Profits Buy List, but it’s not too late to jump in. They remain under my buy limits, so now is the time to join Accelerated Profits  before these stocks really take off. And if you sign up today, you’ll be just in time for my next Buy Alert, which I’ll be releasing after the close tomorrow.

To learn more about my Project Mastermind system and my latest buy recommendations click here now.

Note: The Editor hereby discloses that as of the date of this email, the Editor, directly or indirectly, owned the following securities that are the subject of the commentary, analysis, opinions, advice, or recommendations in, or which are otherwise mentioned in, the essay set forth below: