Microsoft: Too Good Is Never Enough

Microsoft (NASDAQ:MSFT) is firing on all cylinders. But MSFT stock still looks expensive. 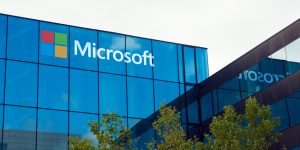 There’s nothing wrong with the company. But as the market turns toward value Microsoft doesn’t provide it. Shares began rolling over in the middle of the month and are down $10 from Feb. 10. A 56-cent-per-share dividend that once seemed generous now yields less than 1%.

For those with a long-term view, you can pick up a few shares. You will just have to wait for gains. Microsoft is in a consolidation process, growing into its role as an essential utility in a cloud-based world.

Microsoft’s essential role was on full display at the U.S. Senate this week. Company President Brad Smith said it took 1,000 Russian engineers to take down Solarwinds (NYSE:SWI) and, as a result, most Microsoft customers.  The attack was an act of cyberwar, a standard network monitor poisoned with malware so Russians could access everything it touched.

Microsoft is also faced with policing the Web’s content, including the legitimacy of images, within the context of a competitive market. This offers a great nation’s challenges and opportunities. For example, Alphabet (NASDAQ:GOOG, NASDAQ:GOOGL) is trying to place blame on Microsoft over Solarwinds.

Microsoft’s vast global cloud is now a fully realized profits juggernaut. At the end of December, it had $112 billion in unrealized cloud revenue, about half of which will come in over the next year.  Gartner (NYSE:IT) says its analytics software is miles ahead of the competition in vision and execution. Its new Viva platform, inside Microsoft Teams, can organize corporate armies of at-home workers.

Amazon (NASDAQ:AMZN) loudly put a second headquarters into the Washington D.C. suburbs. Microsoft is quietly putting one into Atlanta. Its corporate campus on the city’s west side will transform its demographics, maybe even the state’s politics. A new datacenter west of the city is just one of 60 planned over the next five years.

Microsoft will use these new datacenters and offices to push corporate computing off clients and into the cloud. It plans to do the same for their free time with xCloud, which puts its Xbox gaming system inside a browser.

Smart moves like this have analysts continuing to pound the table for the stock. All 23 following it on Tipranks have it on their buy lists. Their average one-year price targets are 21% ahead of where it’s currently trading.

The only risk for Microsoft is the law of big numbers. In 2017 Microsoft revenue was $11 billion ahead of the previous year, a gain of 13%. If it hits estimates and increases revenue by $20 billion this year, the gain is 14%.

You can buy Microsoft “on the dip” and look good in five years. I’m not selling my little stake.

But the money to invest in the economy’s new opportunities will have to come from somewhere. Right now, it’s coming from “winning” stocks like Microsoft. Investors looking for outsized gains are taking profits. A P/E of 35 is out of whack with historical averages.

My guess is that the stock will consolidate as the company does. Microsoft is the world’s second most-valuable company, after Apple (NASDAQ:AAPL). It is the world’s dominant computing company, one whose every move is scrutinized.

It’s good to be the King, but the crown will hang heavy for a while. Don’t rush into Microsoft shares. If you do buy, be patient. Only patience will be rewarded.

At the time of publication, Dana Blankenhorn directly owned shares in MSFT, AAPL and AMZN.