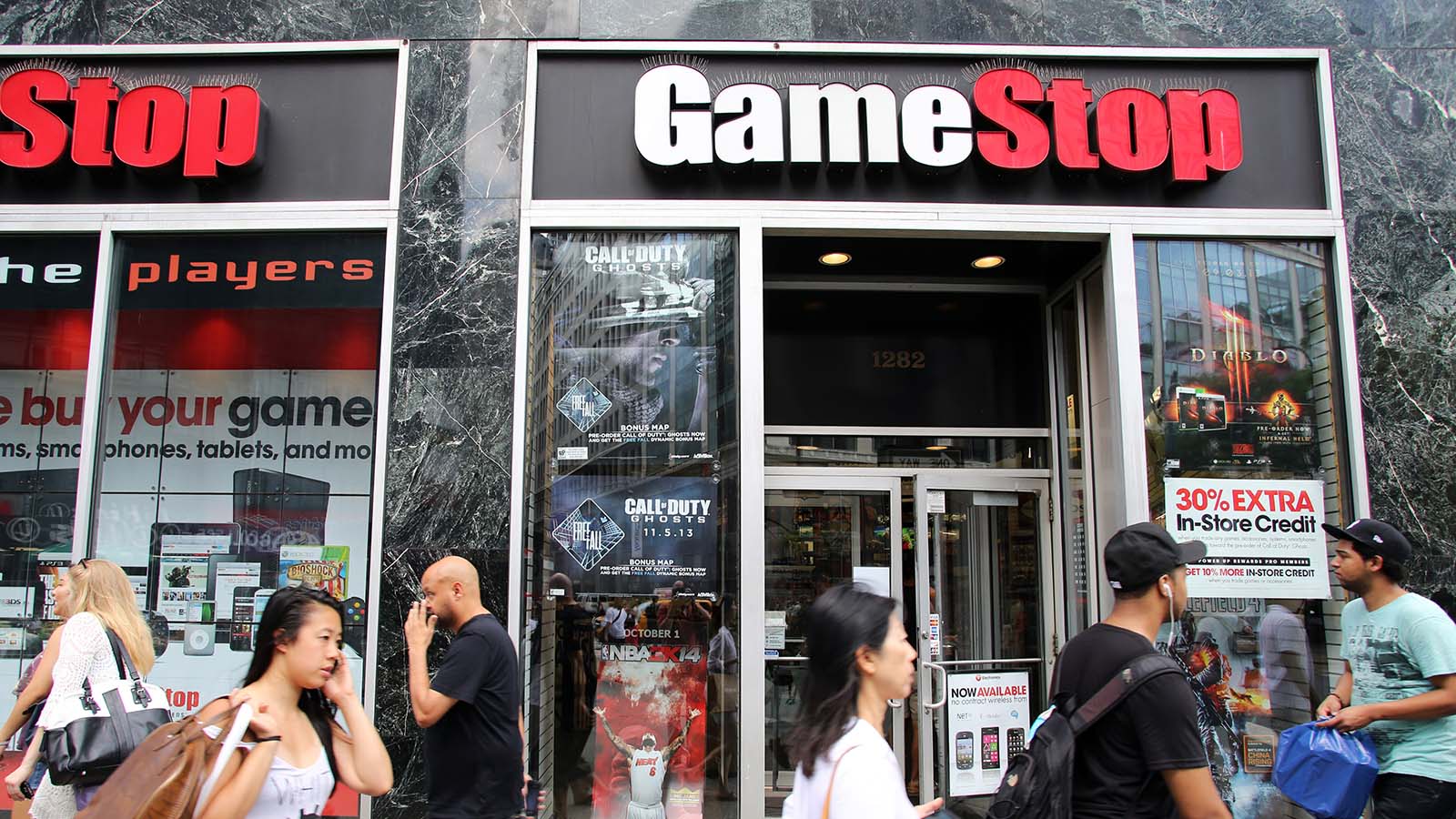 A number of new positive catalysts have been added to the mix for GameStop (NYSE:GME). However, despite the potential for a boost, GME stock remains extremely overvalued.

The biggest factor in GameStop’s future is Netflix’s (NASDAQ:NFLX) reported entry into the video game sector. Many investors viewed this as a negative development — shares dropped as much as 7.5%.

Other factors, such as a large pile of cash, may come into play. However, GME stock is also likely to be hurt by a future downturn in meme stocks.

Nevertheless, it’s worth taking a look at the company’s new drivers that can eventually boost its shares.

If you’re familiar with my often-contrarian views, you won’t be surprised that I believe GME stock could benefit if Netflix enters the video game market.

I think such a move from Netflix could greatly increase the popularity of video games. At this time, the genre has a fairly niche audience — nearly 60% of U.S. gamers are 34 years old or younger.

By launching a video game platform, Netflix could inspire older Americans to start exploring the genre. Some might even become avid gamers and eventually boost GameStop’s sales.

In other words, just as Amazon’s (NASDAQ:AMZN) popularity helped the stratospheric rise of other companies’ e-commerce businesses, Netflix could boost interest in GameStop’s offerings. As a result, the company’s financial results and GME stock would get a meaningful lift from this development.

Netflix and GameStop Could Become “Frenemies”

I will not be surprised if Netflix partners with GameStop to promote its new video game service.

For example, Best Buy (NYSE:BBY), Walmart (NYSE:WMT) and other retailers both compete and partner with AT&T (NYSE:T), Verizon (NYSE:VZ) and T-Mobile (NASDAQ:TMUS).

And although Netflix does not plan to charge an extra fee for its video game service, I think it will ultimately force users to pay for it. And in this scenario, there are multiple avenues Netflix could pursue to gain customers with a paid GameStop partnership.

GME Stock Is Swimming in Cash

In his July 19 article, InvestorPlace contributor Mark R. Hake reported that, after raising $1.13 billion by selling GME stock, the retailer has $1.897 billion in cash before expenses.

I disagree with Hake’s conclusion that GameStop’s shares are unlikely to drop a great deal after it raised that cash. I do, however, concur with his belief that the retailer “is not going to wither away.”

What’s more, that cash will enable GameStop to create a truly first-class e-commerce operation and launch a highly effective marketing campaign. That could make or break the company as it seeks to compete with other online gaming retailers.

Valuation and the Bottom Line on GME Stock

Best Buy is a highly profitable electronics retailer with a strong e-commerce business. On average, its 2022 sales are expected to be roughly nine times those of GameStop. Yet even after the recent pullback in GME stock, GameStop’s market capitalization is almost 50% of Best Buy’s.

Additionally, as I’ve pointed out in recent columns, meme stocks are tumbling and I don’t expect that trend to ease anytime soon.

Given all of these points, I recommend that investors sell GME stock. Depending on the circumstances of the company, the stock market and the economy, growth investors may be well-served by buying a small number of shares in the $50 to $70 range.