Buy Growth Stocks Before the ‘Everything Bubble’ Bursts

[Editor’s note: “Buy Growth Stocks Before the ‘Everything Bubble’ Bursts” was previously published in May 2022. It has since been updated to include the most relevant information available.]

I’m not Chicken Little. Far from it. I like to think of myself as a pretty optimistic thinker. But even as a person with a positive disposition, I must warn you of something dour: We may be on the cusp of the biggest economic crash in history.

To be clear, this mother-of-all-crashes is not a done deal. We could still avert it, and indeed, I think we will. But the possibility of this enormous crash — the very fact that it could happen — warrants a shift in investment strategy.

Forget index investing. Forget buying exchange-traded funds and blue-chip stocks. It’s time to start piling into stocks with proven track records of thriving during market crashes. These are the kinds of stocks we find, and it’s important you learn about them. Or else, you could risk falling victim to the biggest market crash of all time.

Welcome to the Everything Bubble

We’re currently in a very uncertain economic environment. That’s not peculiar. About once a decade, the macroeconomic backdrop weakens, and the global economy spirals into a recession. That’s just the nature of the boom-bust-boom cycle of modern capitalism.

But what is unusual – and quite scary — about the current economic environment is that it’s a mix of everything bad converging all at once.

That is, in the 1970s, recessions were all about soaring inflation, rising oil prices, and a hawkish Federal Reserve. In 2001, it was all about extended stock market valuations and a tech stock collapse. In 2008? A housing market crash. In 2020, the culprits were Covid-19 lockdowns.

We have the soaring inflation, high oil prices, and hawkish Federal reserve of the 1970s. We also have those extended market valuations of 2001, a housing market that looks susceptible to crashing like in 2008, and Covid-19 lockdowns in China like in 2020.

In other words, the current economic crisis isn’t just about one thing. It’s about everything. It borrows elements from every economic crisis over the past 50 years and mixes it all into one dangerous cocktail.

Fortunately, none of these risk factors have tipped into “crisis” mode yet. Inflation still looks controllable. Oil prices aren’t bursting toward $150. The housing market is still on strong footing. And Covid-19 lockdowns are endemic to China alone.

Let me paint a picture for you…

There is a chance that further tariffs on Russian oil could potentially drive oil prices toward $150 or higher. (And that’s not to mention OPEC+’s production cut.) There is also a chance that China’s Covid-19 lockdowns keep spreading. That combination would exacerbate the current inflation problem.

The Fed had made it priority No. 1 to fight inflation, so it would react by getting more aggressive with rate hikes. It could push the U.S. economy right into a recession. At that point, mortgage rates would keep spiking, crushing housing affordability. And demand would completely evaporate, eventually popping the housing market bubble.

In other words, there is a chance that this current “Everything Bubble” pops. If it does, we would quickly find ourselves in an “Everything Crash.”

As I said, I don’t think that’s going to happen. But as the old saying goes, we need to hope for the best yet plan for the worst.

So, start thinking about stocks that have such strong secular growth drivers that they will grow right through this crash.

As many of you know, we have this theory about bear markets and recessions that they don’t just appear all at once — rather, they appear in stages.

We call this the “rolling bear market” theory.

In the rolling bear market theory, bear markets first appear in the riskiest assets. And then over the course of about 12 months, they roll into every other asset in the market. They finish with everything being in a bear market.

Soon after, tech stocks dropped into a bear market in February 2022. Large-cap tech stocks joined them in March 2022, followed by Treasuries in April 2022. And the major indices have now been embroiled in a bear market for the past several months. 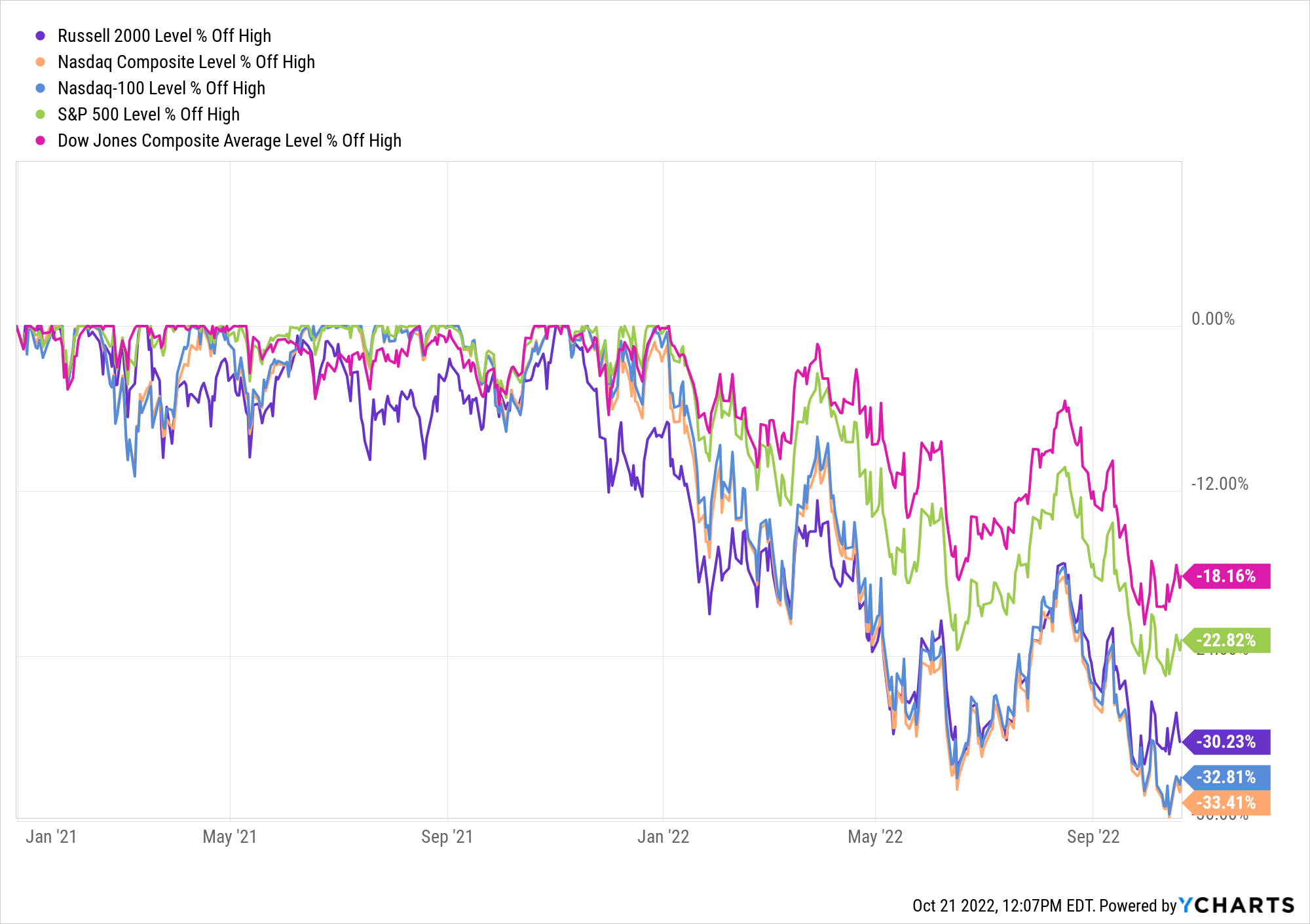 Back in 2001/02, hypergrowth stocks bottomed in April 2001 — more than a year before the broader market bottomed. Over that stretch, certain growth stocks rose 100% or even 200%, while the broader indices dropped 20%.

We’re seeing history repeat. We are nearing that critical inflection point wherein the broader markets will keep spiraling lower, but certain hypergrowth stocks start to stage a huge comeback as everything else crashes.

The Final Word on Growth Stocks

We could be on the cusp of the biggest economic crash in history as the “Everything Bubble” pops.

Again, I don’t think it’s going to happen. I think oil prices will stabilize, inflation will cool off, and the Fed will successfully execute a softish landing. But while we can hope for the best, we also need to plan for the worst.

The best way to “plan for the worst” here is to start moving into stocks that have a proven history of soaring while economic bubbles pop — hypergrowth stocks. Those growth stocks can keep growing through bubbles bursting and recessions emerging.

They have a track record of soaring during bear markets, and we don’t think this time will prove any different.